How are Organisers Adapting 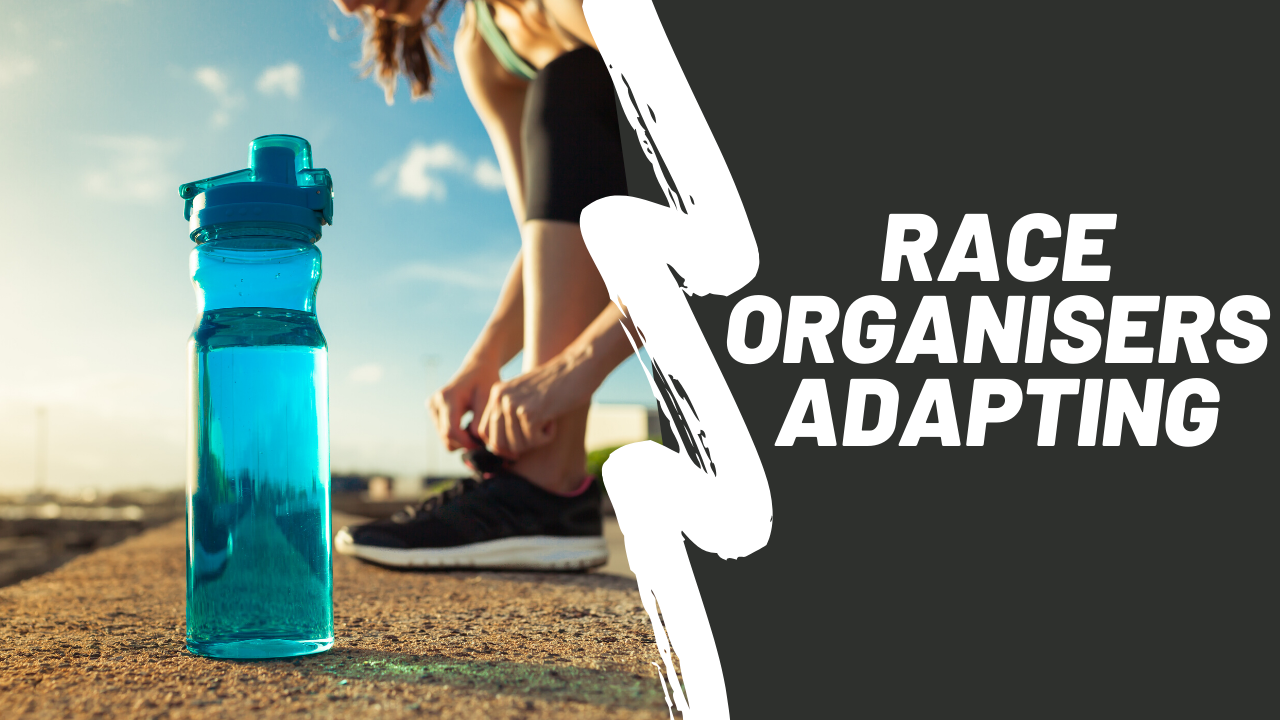 With different parts of the world in different stages of their countries lockdown, we're starting to see activity in the racing industry begin to emerge. As the months have ticked by, many runners have been wondering when athletes would be allowed to get back to in-person racing. Although we're not sure when this will happen in the UK, we can look at other parts of the world and see what the start of a journey back to normality will look like.

In this email we've put together a few case studies of race organisers who have welcomed their audience back for an in person event, or adapted to offer an interesting virtual race. We hope this will inspire race directors, event organisers and event staff to see the light at the end of the tunnel.

An example of an event in the US which got creative was the Zion at Night event. Because gatherings in Utah were limited to 50, they came up with the idea to do a rolling start with groups of 50 every hour (with an average finish time of 2.5 hours that ensured no overlap of finishers). However, Zion is about 100 degrees during the day so they decided to hold the race at night during a full moon!

They ensured participants all received a very detailed race guide, that included all the measures being taken to make the event safe and rules were followed. You can view their race guide here.

Registration: Bryce Canyon Ultras was open for registration prior to COVID and participants were given flexible options, including a full refund. 651 wanted to participate in the race. Zion at Night was a new event. They opened registration 3 weeks ahead of the race and had 815 registrations.

Registrants selected a one hour time slot, which were capped at 50 per hour and set up using corrals.  At the race, the 15 minutes before and after the hour were busy, but the 30 minutes between was dead. In the future, 50 people every half hour would be sufficient for social distancing.

Many participants liked the rolling start, where they could begin at any point during the hour. It took away the stress for them, giving them time to use the bathroom, eat, stretch, and relax. Even after COVID-19, Vacation Races plans to offer a rolling start. People who like the excitement of a mass start would be able to start together, and the many participants who prefer a more relaxed environment will still be able to choose a time slot.

Expos: There were no expos for the races. Bib and race packet pick up were before the start, so runners were picking up on a rolling basis based on their starting time slot. The set up was similar to what you see in grocery stores – markings on the ground to ensure social distancing and arrows to direct foot traffic. Communication ahead of the event told participants not to gather in groups, and participants were respectful of rules.

Vacation Races noted that people did use porta potties, but used more hand sanitizer than usual. This was disappointing to Dehn, as people should always use that much hand sanitizer when using restrooms.

Aid Stations: Vacation Races’ participants are used to bringing their own backpacks and water. They’ve always had cupless races. At aid stations, they used water monsters with a homemade solution using drum set foot pedals and a pulley to keep it hands free. This is something that needs to be improved for future races – and is a good business opportunity for any company that is able to manufacture and sell a touchless water dispenser.

Finish Line: There wasn’t a celebratory finish line with a post-race party. That expectation was clearly set – finish, catch your breath, and get out of here – and people were very receptive to and respectful of that.

Vacation Races set up their normal arch. Participants received a food box and picked up their finishing award from tables – all touchless set ups. Because of the rolling start, there were never any crowds at the finish line and participants didn’t linger.

After months of discussion, organizers behind the annual Bone and Back relay decided to move forward with the race this year. The 40-mile relay will begin Saturday, June 27 at Summitt Orthopedics in Idaho Falls. There will be varying start times, depending on how participants are competing. The solo race will begin at 5:30 a.m. Those participating as part of a 4-man or 8-man team will begin at 7:30 a.m. The decision to hold the race was made at a late point with only a few couple of weeks to go until race day, due to the touch and go scenario. But once all participants were alerted, it was all go from there to get the final planning wheels in motion. They even offered a $10 race entry discount to participants with the code 'COVID'.

In an effort to minimize the number of people gathering in one place, the organiser says they are planning to have staggered start times for each race. Aid stations will also be reduced to as few people as possible and there will not be an awards ceremony.

This year marks the 30th anniversary since the race was first held. They were hoping to celebrate that milestone in a big way, but those plans have changed because of the coronavirus outbreak. They're trying to support local businesses rather than ask for sponsorship, giving back to the community and to those businesses that have been suffering. It’s going to be a unique year for both runners and the race committee!

It had been 11 weeks since the last in-person race took place before state and local governments banned events throughout Colorado due to COVID-19 concerns. But Sweetheart City Racing bought runners back on the last weekend of May for a social- distance event.

Taking place in a country Ranch, runners chose from a 5K or 10K trail race on Friday evening and a three hour or six hour trail race on Saturday morning. With over 3,200 acres of private property, the ranch was suited well to host the first distanced event in the area.

Starting near the Ranch office, runners headed out a dirt road, and then began to “climb” up the face of the mountain on technical single track trails with gorgeous views of the valley below. After one and a half miles, the trail leveled out and then began a wild descent. After 2.5 miles, 10K runners turned off and got the pleasure of running back up to the top and across a different mesa before returning to the finish line.

For the three hour and six hour, runners tried to finish as many laps of the challenging course as possible.

Overall, there were 130 registrants with an age range of finishers as young as 10 and as old as 85. Race organizers followed safety guidelines by offering a no contact packet pick-up process where everyone’s packet was placed in a bag and laid out on picnic tables for the runners to pick up. All staff members wore masks when dealing with runners and post-race food was prepared with gloved hands. Tent camping was available on Friday night, allowing some runners to participate in the runs both Friday night and on Saturday. Property cabins were also available for rent.

Race organizers followed safety guidelines by offering a no contact packet pick-up process where everyone’s packet was placed in a bag and laid out on picnic tables for the runners to pick up. All staff members wore masks when dealing with runners and post-race food was prepared with gloved hands.

The race utilized an open start line allowing runners to start the event at intervals which would accommodate current social distancing guidelines. Stakes were placed in the ground at six-foot intervals behind the start line to ensure runners did not get too close to each other before they began.

Sweetheart City Racing took on the challenge of hosting this first event back, proving that outdoor, open-air events can happen in a safe and thoughtful way, and showed that there are people that are ready for them to happen.

On June 6th 2020, the Fort Yargo Ultra a 50K trail race with a 15.6-mile loop through one of Georgia's most beautiful State Parks took place. They had a staggered check-in and start to the race with 10 runners every 10 minutes, only allowing 50 runners per distance. Only bagged snacks at the (3) aid stations.

In order to keep within regulations, the organiser added a Friday night check in to help with the rush on race day due to the difficulty of checking in racers fast with the 6ft rule. Staggering starts was more difficult than expected when maintaining timing standards, but the best way to keep the right distances in place. Here were a couple of other things the organiser put in place to manage the day successfully:

-Airplane size (1oz) packaged snacks put out a few at a time for runners.

-Hand sanitizer everywhere and at each aid station.

-Staff and Volunteers have gloves and masks.

-Awards were mailed to participants to prevent crowds at the finish.

What can we learn from these events?

That case study of events from across the pond shows us that races are coming back, with some extra precautions. Your audience is waiting patiently to be invited back, and will cooperate with good communication from the organisers. So here are our main takeaways:

Although we don't have full clarity about when racing will be able to return in the UK, you can still engage your audience with virtual events. Get in touch to use eventrac for your virtual races: support@eventrac.co.uk